Yet another LAB benchtop Power Supply. 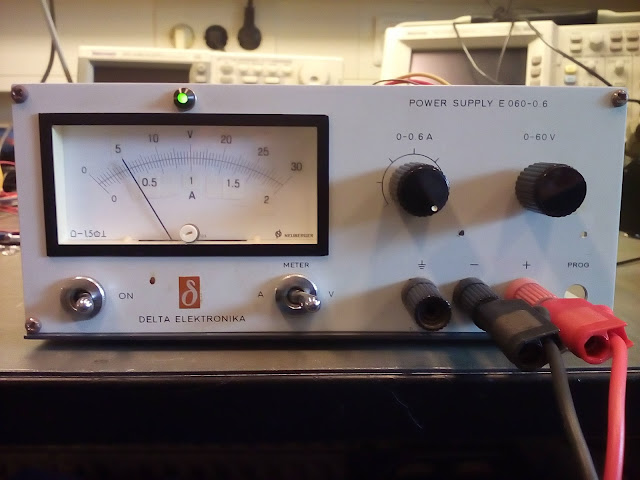 This time with the legendary LM317, one used as current limitter and the other as voltage regulator. The enclosure from an old Delta Elektronika Power supply is used as housing.
The poor thing was blown apart by an mad Scientist. As a benefit i could use the original front panel. 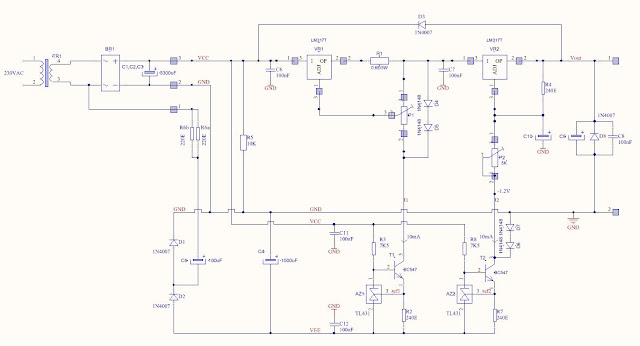 I used an TL431 with an BC547 to create an current source. This is necessary to apply an negative
voltage so the power supply can regulate down to 0 volt. 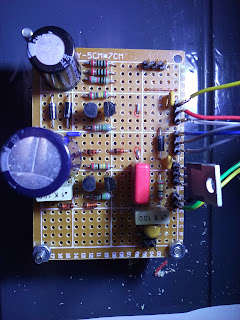 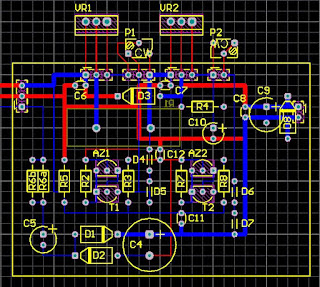 When i tested the power supply i found two issues: When switched on, it gave an overshoot of the
output voltage of several volts. When switched of, the same problem accured. I designed an extra
circuit to solve this issues. 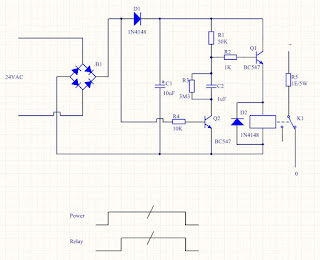 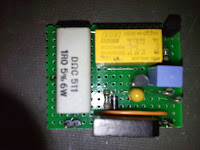 The circuit ensures that at power up a 1 ohm
power resistor is in parallel with the output.
Afther about 0.5 second a relay releases this
load. At power down it comes back quickly so
the overshoot at power down is also prevented. 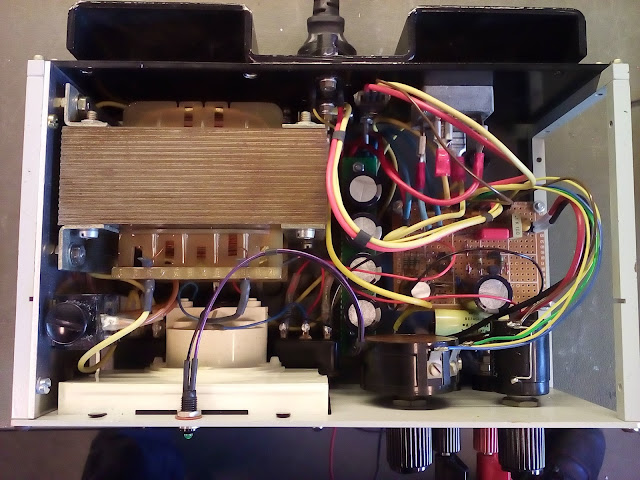 An inside view of the power supply. The extra circuit is not yet mounted.